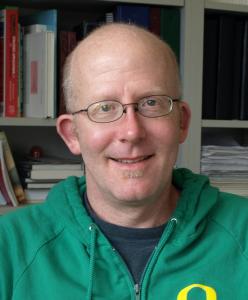 The research interests of my group are deeply rooted in the exploration of important non-natural pi-electron rich systems. The group utilizes current synthetic methodology for the preparation of novel organic materials and compounds of theoretical interest. We investigate these compounds by modern physical organic methods to determine the important physical and chemical properties of these systems, such as conductivity, absorption/emission behavior, through-bond and through-space electronic interactions. Graduate and undergraduate students are actively involved in all aspects of the research, thus acquiring a strong synthetic and theoretical background.

Polycyclic hydrocarbons that possess extended pi-conjugation are of tremendous interest because of their potential use in optical and electronic device applications. While a majority of studies have focused on acenes and their derivatives, these systems are susceptible to oxidative and photolytic degradation; thus, there is a pressing need for alternative, acene-like topologies. Current research in the lab is focused on molecules based on or inspired by the indenofluorene (IF) skeleton, such as compounds 1-5 (Figure 1). Over the last few years, we have adapted and/or developed general methods for the assembly of a variety of fully conjugated IF derivatives and initiated exploration of their materials properties. We have shown that IFs can be prepared gram quantities in good overall yields and in excellent purity. In addition to being challenging synthetic targets, indenofluorenes are providing fundamental answers about structure, bonding, and reactivity in expanded, conjugated structures, and have the potential to act as rigid, planar, electron-accepting cores for the formation of advanced materials with novel electronic properties. We are exploiting the materials potential of IFs via a combined experimental and theoretical approach, with an emphasis towards use of indenofluorenes as organic semiconductors in devices. Importantly, we demonstrated recently that single crystals of IF 3 could serve as an active layer in an organic field-effect transistor that exhibits ambipolar behavior.

Anions are problematic environmental contaminants and are vital to many processes in nature, with anion binding proteins and transport channels implicated in the mechanisms of many disease pathways. This avenue of research is a productive collaboration between the Haley lab and that of UO colleague Darren Johnson to target new organic receptors that selectively bind and sense anions. The project is a union of the synthetic expertise of the Haley group to assemble relatively rigid and inherently fluorescent molecules based on arylethynyl scaffolding with the extensive knowledge of the Johnson lab to design and exhaustively analyze complex supramolecular systems. Molecules 6-8 are representative receptors (Figure 2). The modularity of our design strategy allows for exploration of a variety of recognition motifs for anions, including electrostatic attractions, hydrogen bond interactions and attractions with electron-deficient arenes (anion-pi, CH•••X– hydrogen bonds and weak-sigma complexes). This flexibility affords the possibility of selectively binding anions that are challenging to target with traditional approaches. Core and linker substitution provides another approach to tuning the selectivity of the receptors by changing the shape and size of the binding pocket. The functionality of the receptors can also be adjusted to provide a route to make the molecules water-soluble or even permeable to cell membranes. These molecules will have long-term applications in sensing, imaging and/or remediating anions, which will impact public health in both discovering and removing environmental contaminants and imaging the role anions play in biological processes.

In a close collaboration with UO biochemist Andy Berglund and his lab, we are developing therapeutics for Myotonic Dystrophy (DM). DM is the most common form of adult onset muscular dystrophy affecting 1 in 8000 people. DM is caused by an expansion of three or four nucleotide repeats–CUG in patients with myotonic dystrophy type I (DM1), and CCUG expansions in patients with myotonic dystrophy type 2 (DM2). Both DM1 and DM2 patients display many of the same symptoms (myotonia, progressive muscle weakness and wasting, cataracts, cardiac and developmental defects) strongly suggesting that both DM1 and DM2 work through the same or very similar mechanisms. In 2007 the Berglund lab discovered that pentamidine (9) as a molecule that binds CUG repeats and reverses some of the molecular defects of DM. We are preparing a wide variety of simple (e.g., 10, 11) and more complex pentamidine analogues for determining structure-activity relationships to improve their efficacy over 9 and thus potentially generate a therapeutic for DM.

Figure 3. Pentamidine 9 and structural analogues 10 and 11.

The work described on this web page has been generously supported by The National Science Foundation with additional contributions from The Petroleum Research Fund, The Camille and Henry Dreyfus Foundation, The Alexander von Humboldt Foundation and the Oregon Nanosciences and Microtechnologies Institute.